Thelli is born with the idea to paint artistic t-shirts in order to let art be in movement with people. Art In Movement becomes Thelli’s AIM to spread art around the world.

Thelli’s Art In Movement also continues on canvas, where the horse, with which she began a journey of spiritual growth, is painted red to represent the unstoppable instinct of movement, of life, and of self-knowledge. 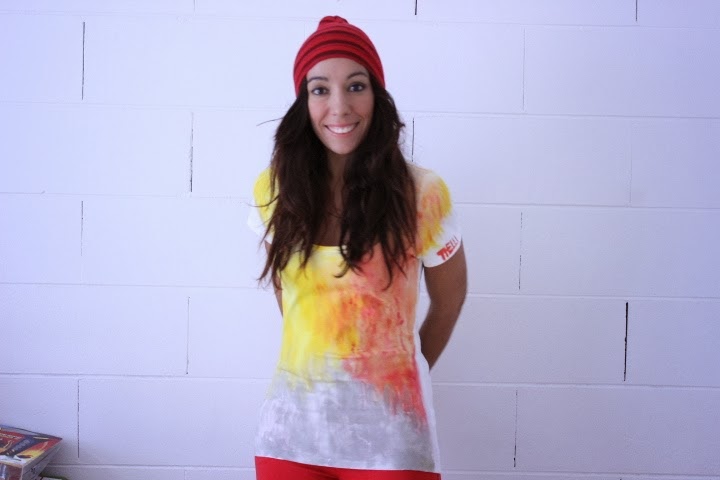 “The act of creation set us free from the past and from the future, allowing us to be in the Moment.” 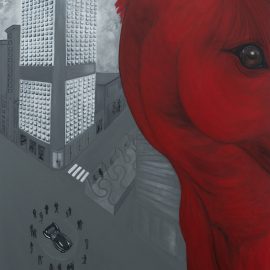 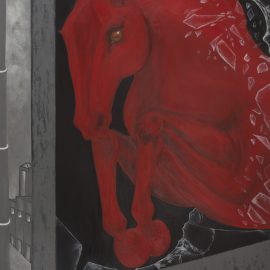 Born in Bari, she moved to Milan at the age of seven. Since childhood she has displayed a natural talent for drawing and painting inherited from her father, a painter and poet. While growing up, she decided to dedicate herself to other activities and she obtained her degree in public relations, while continuing to paint in her free time. Graduated in  Public Relations – Science of Communications,  at IULM University, she worked for ten years in the world of communication, at an advertising agency in Milan (Del Monte & Partner Comunicazione). The year 2012 marked the start of a new direction, when Thelli (Helenia’s artistic pseudonym) began to paint on T-shirts with the goal of making wearable art and having it move around the world together with the people wearing it.

This was the birth of AIM, Thelli’s Art In Movement. In the same year, she opened an on-line shop on Etsy.com, the American platform for handmade goods. In 2014, after a fall from a horse that kept her in bed for 3 months, she left her job as PR and  Press  Officer and moved with her family, from Milan to Las Palmas de Gran Canaria (Spain), where, she took 2 sabbatical years in which she has been starting painting Red Horses and focus on the new chapter of her life. In 2015  she founded, with her husband, MoringaON a superfoods company, aimed to provide athletes with a natural alternative to the chemical supplements.  So Thelli just paints for passion, following her inner impulse. For her, the creative act becomes a ritual of initiation, the experience of death in life in order to reawaken in movement, in the continuous flow of creation. Thelli’s Art In Movement also continues on canvas, where the horse, with which she begins a journey of spiritual growth, is painted red to represent the unstoppable instinct of movement, of life, and of self-knowledge.

“Everything that is still is dead.” 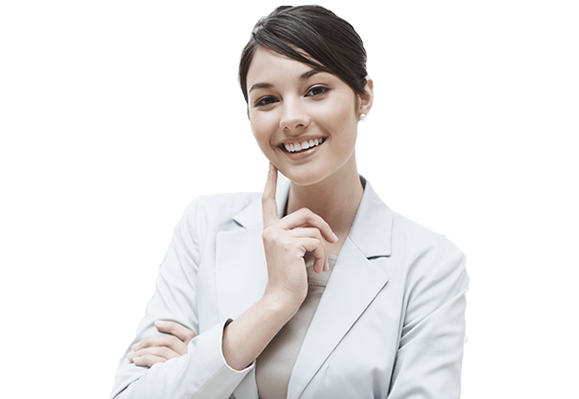